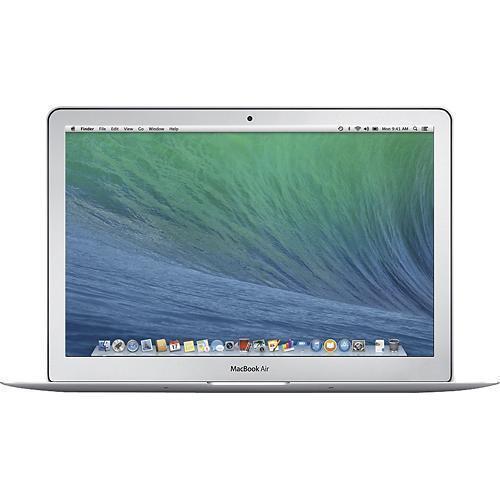 The release of the MacBook Air in 2014 was a significant step toward increasing the ease of use and portability for laptops. With its small size and powerful Intel processor, it offers an impressive display and a battery life that can last for half a day without having to find a place to plug in. This makes it easier for you to focus on being able to keep up with your daily life.

What are some features of the MacBook Air 2014?

The MacBook Air offers a wide variety of features to meet your computing needs both at home and on the go. If you need to hit the road with your MacBook in tow, the battery can keep it going for up to 12 hours under regular use. Here are some other specs for this MacBook:

What does Retina Display mean?

Retina Display is a feature that means the pixel density on the screen is so high, often over 300 pixels per inch, that the human eye is not able to individually distinguish the pixels. This creates a visually smooth, clean image.

What is a Thunderbolt port?

The Thunderbolt port is a special port that enables connection of computer peripherals that support this standard. The benefits of this type of port are twofold. This port is able to transfer files and other data at high speeds. The speeds reach as high as 10 gigabits per second, which is double the speed of standard USB 3 ports. This means that large files like HD movies or tens of thousands of photos can be copied in mere minutes. Besides the blazing speed of data transfer, you are also able to charge devices while using the port, negating the need for a separate power cord while using these peripherals with your MacBook.

Content provided for informational purposes only. eBay is not affiliated with or endorsed by Apple.