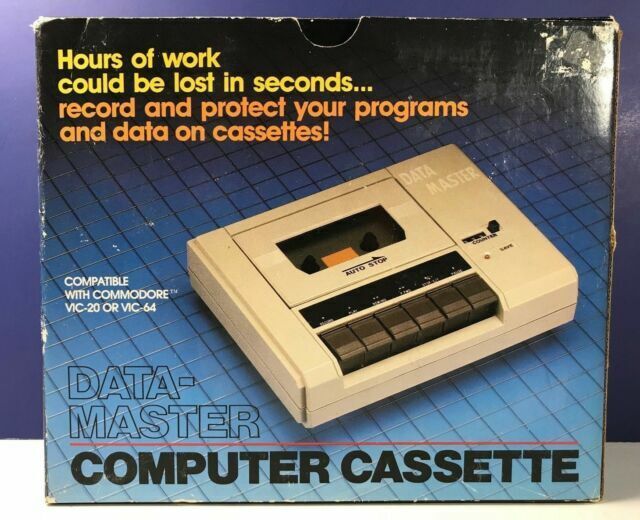 Commodore vintage cassette recorders and players are designed with hardware that plays audio on a cassette tape. Youll find a variety of Commodore unit design options with buttons for different audio functions like recording and auto reverse. These recorders are compact and designed so you can use the portable audio hardware on the go.

What are the cassette and record player design options?

Most cassette player units are designed with a square frame that protects the main hardware. A compartment that holds a cassette is found along the center of the frame, and the narrow crevices around the compartment keep dirt and debris out of the docking area. Because there is a window on the tape compartment, you can quickly determine whether or not a cassette is docked in place.

Underneath the cassette tape deck, a general unit will have the most common buttons for audio functions. Each button is large and has a mechanism that strategically locks in place. Above this zone on a typical Commodore unit, there are bold labels that highlight the function that happens after a button is pressed. You can record cassette tapes at a set time: 30 minutes, 60 minutes, 90 minutes, or 120 minutes. You can then erase the sound on the tapes and re-record them on your cassette recorder. Portable cassette players are also available.

What are the main cassette player materials?

The housing on a general Commodore cassette deck unit is constructed out of a thick piece of plastic. Another kind of plastic is used to design the window on the cassette holder, and the two pieces underneath the window that hold and rotate the gears on a cassette tape are also made of plastic. Youll also find plastic material on the buttons that are secured on the main housing.

A thick cord that protects the wiring is mounted along the side of a Commodore cassette product. This cord is long and has a plastic housing designed to bend with ease.

What are the color schemes of Commodore cassette players?

What are the operation options of Commodore cassette players?

Each vintage cassette deck unit by Commodore has hardware thats built for vintage Commodore 64 tapes. These units can play cassette tapes that are designed with a transparent or solid plastic material.

All Commodore cassette deck products rely on power that generates from traditional electrical outlets. In order to use a Commodore unit, youll need proper supporting hardware since the power cord that distributes electricity lacks typical prongs.

Content provided for informational purposes only. eBay is not affiliated with or endorsed by Commodore.