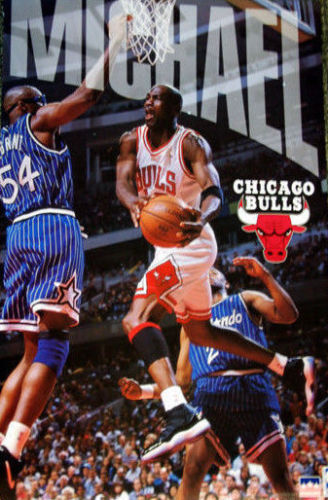 Basketball fans and those who follow the Chicago Bulls may be familiar with Michael Jordan for his role on the team in the past. Michael Jordan is on a variety of posters, which are considered to be vintage posters and can be used to decorate your home or office. Those who want to show their support to the basketball player and furnish their interior setting can choose to display a vintage sports poster.

When did Michael Jordan play?

Michael Jordan was a basketball player whose professional career started in the early 1980s and lasted until the early 2000s. He played for Chicago for most of his career and is accredited for helping the Bulls become a dominant team in the league. During his years on the Chicago Bulls team, posters and photos of him performing slam dunks were made available to the public. His career included a short break during which he left the Bulls to play professional baseball.

What posters are available for Michael Jordan?

Fans who are interested in Michael Jordan posters have many types of wall art from which they can choose. There are vintage sports posters that represent most of the important milestones of his carrier, and some examples of these moments are described below:

How do fans use Michael Jordan posters?

NBA fans can display their poster art in many ways or use it to trade with others for different sports memorabilia. Michael Jordan posters can be used to decorate a sports room that is dedicated to the Bulls in the home or any area. On the other hand, you might trade it with other Bulls fans to get posters of Dennis Rodman or other teammates that formerly played with Jordan and the Bulls during this period.