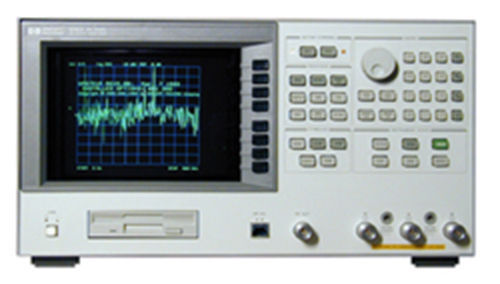 Network analyzers are specialized pieces of equipment that can be used to accomplish numerous network-related tasks, including monitoring packet transmissions and doing performance analyses. These abilities make network analyzers valuable tools for maintaining and improving both wired and wireless computer systems. Some of the more advanced capabilities can also be used by law enforcement to complete an investigation into computer-related crimes.

Also referred to as scattering parameters, these are specialized elements that have various applications in electrical engineering and electronic circuits. They are able to describe the electrical behavior of certain types of electrical networks when a particular type of electronic signal is stimulating them. They can be used to express a wide variety of electrical properties, including gain and return loss for numerous electrical components. S-parameters are commonly used for applications in networks operating in the microwave and radio wave frequency ranges, where important electrical factors such as power and energy are easier to analyze than properties such as voltage and current.

What is a network packet analyzer used for?

A network packet analyzer, also known as a network analyzer or packet sniffer, is a program or part of computer hardware that has the ability to collect and log all of the traffic that passes through the computer system as a whole or just a particular part of the network. This ability is called packet capture, and it makes it possible for the network analyzer to perform a wide variety of specialized tasks, including the following:

What is a vector network analyzer?

A vector network analyzer, also known as a VNA, is a special type of radio frequency network analyzer that has numerous uses in the design and maintenance of radio frequency devices. A VNA test set can be used in order to measure and quantify the radio frequency performance of a given group of devices in terms of scattering parameters. When used as a measurement tool, the VNA is able to help technicians and engineers fully understand the capabilities and interactions of all the computers and transmitters that are a part of the group as a whole. These abilities are also applicable in maintaining microwave equipment as well as RF equipment, allowing the VNA to be used in a broad spectrum of situations for maximum practicality.