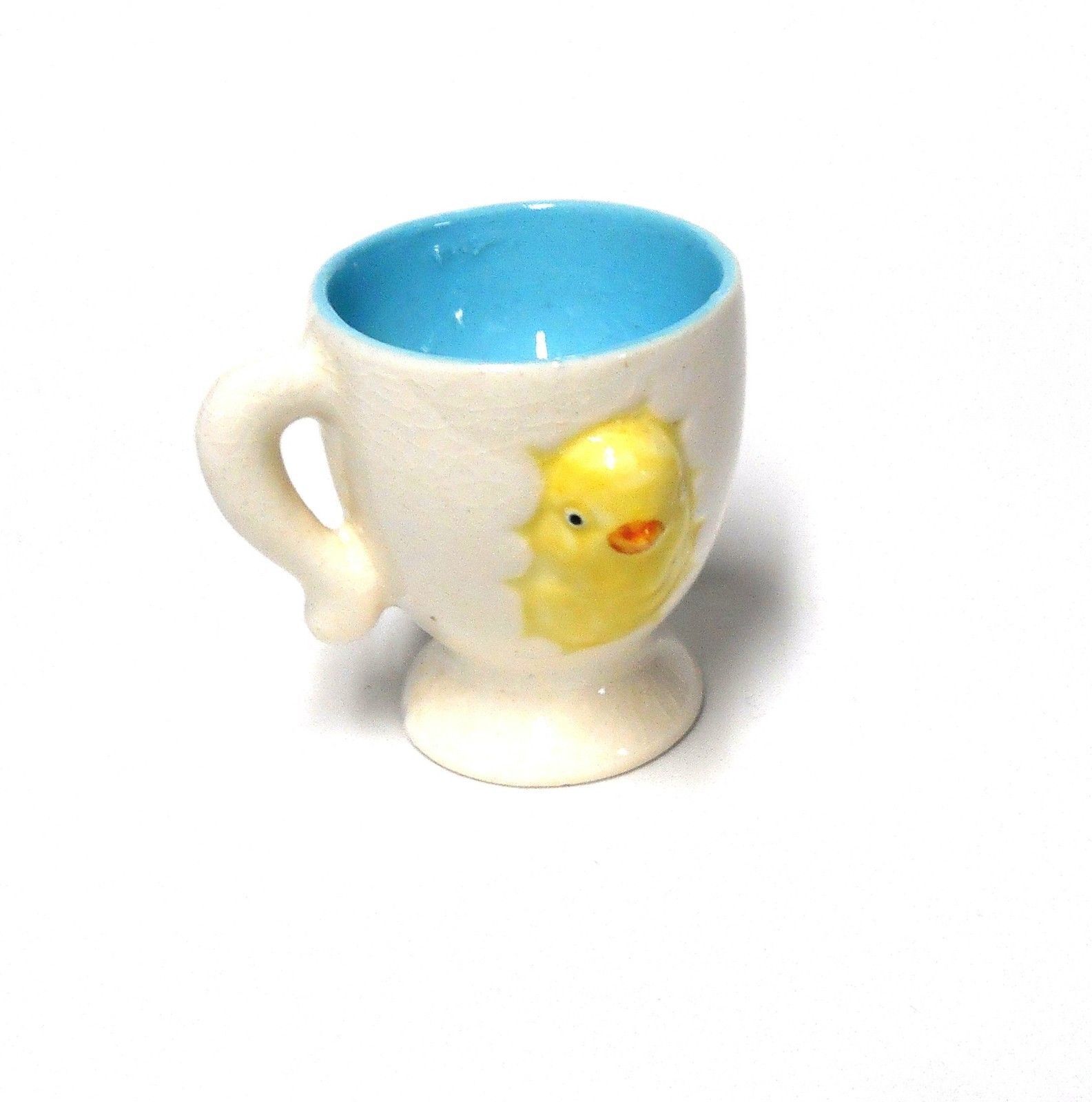 Although an early version of the egg cup was found in the ruins of Pompeii in 79 A.D., the dish was not commonly seen until makers like Haviland and Wedgwood sold them to European households during the Victorian era of the 19th century. Made-to-match traditional china patterns often came with spoons and a matching tray.

Can entire sets of vintage egg cups still be found?

Single egg cups are most common, but entire sets can still be found. Often sold in sets of four, egg cups range from mass-produced earthenware and hand-painted wooden holders to those of fine china or silver. Sometimes, they have matching trays, spoons, or salt and pepper shakers. Famous makers who made egg sets to match their dinnerware include Royal Albert, Pfaltzgraff, Franciscan, and the Johnson Brothers.

How are vintage egg cups categorized?

Vintage egg cups can be divided into three broad categories that are based on size and function. These include pieces that hold one egg, those that hold two or more eggs, and those that hold an egg, or eggs, and bread or other food or serving items. Shapes are distinguished in two ways. One was simple egg cups, which were usually white and imprinted with designs. The other way was those egg cups molded into whimsical shapes like chickens or cartoon characters. In the 1980s, spiral shapes and cups with integral saucers provided a different twist on traditional shapes.

How did the growth of the railroad affect designs?

In the 1900s, the growth of the railroad led to a boom in the souvenir trade, and potters responded with an assortment of inexpensive egg cups. The most famous of these, Goss of Stoke on Trent, produced souvenirs in England until 1930. In America, vintage egg cups were inscribed with logos like those of Baltimore and Ohio Railroad or Chicago System North Western Railroad.

What materials were used to make vintage egg cups?

Vintage egg cups are usually made from ceramics, wood, metal, glass, or plastic, but that has not stopped designers from experimenting with materials like silicon, soapstone, marble, or papier mache. An example of vintage ceramics from the 1800s is an English Majolica pottery basket with six matching cups for eggs. Vintage pieces made of bakelite, the first synthetic plastic, and jadeite, a mid-century colored glass, are representative of new materials used in the early and mid-1900s for serving eggs.